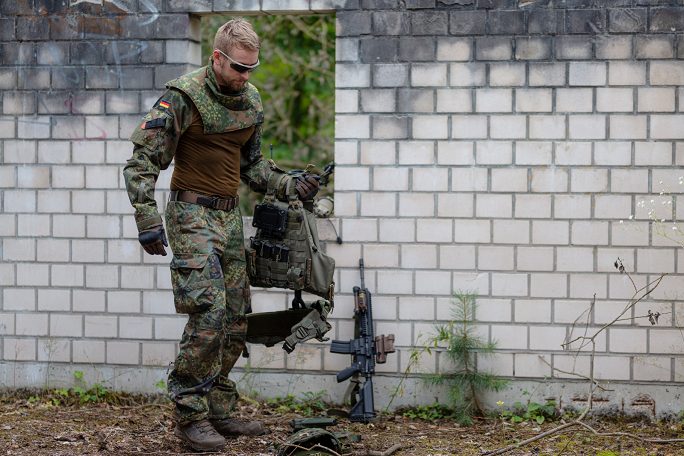 Missions in crisis and war zones in recent years have significantly increased the number of casualties and injuries caused by shrapnel. The higher number of shrapnel injuries has been reported, independent of any nation. The use of IEDs and explosive traps by unconventional fighters and groups has led to a certain threat, which is now one of the main threats for soldiers and forces.

For us, our guiding principle “PERFORM AND SURVIVE” translates into enabling the wearer of our protective equipment to have the highest possible protection with optimum mobility. HEXONIA® GmbH offers various approaches and solutions for that purpose. We produce modular product solutions for all areas of operation, in close collaboration with our customers and users.